Silhouette Secrets is a one hour documentary film in which a modern day silhouettist takes a journey back in time to explore the history of his shadowy art. He is promoted to ask the question:

“Where do silhouettes come from?”

As the journey progresses he meets the world’s fastest silhouette artist, who challenges him to a duel of scissors. Cindi Rose set a world record in the 1980s by cutting 144 silhouettes in just one hour.

Presented by Charles Burns, the journey takes him from a windswept seaside pier on the north coast of Wales, via New York City to an Audi showroom in Houston, Texas. It finishes with an intriguing answer to his question.

The disc includes the feature Silhouette Secrets and a series of short extra “snippets” (both humorous and educational) which explore the subject further.

There are no reviews yet.

Be the first to review “Silhouette Secrets” Cancel reply

Time Now at Our Studio 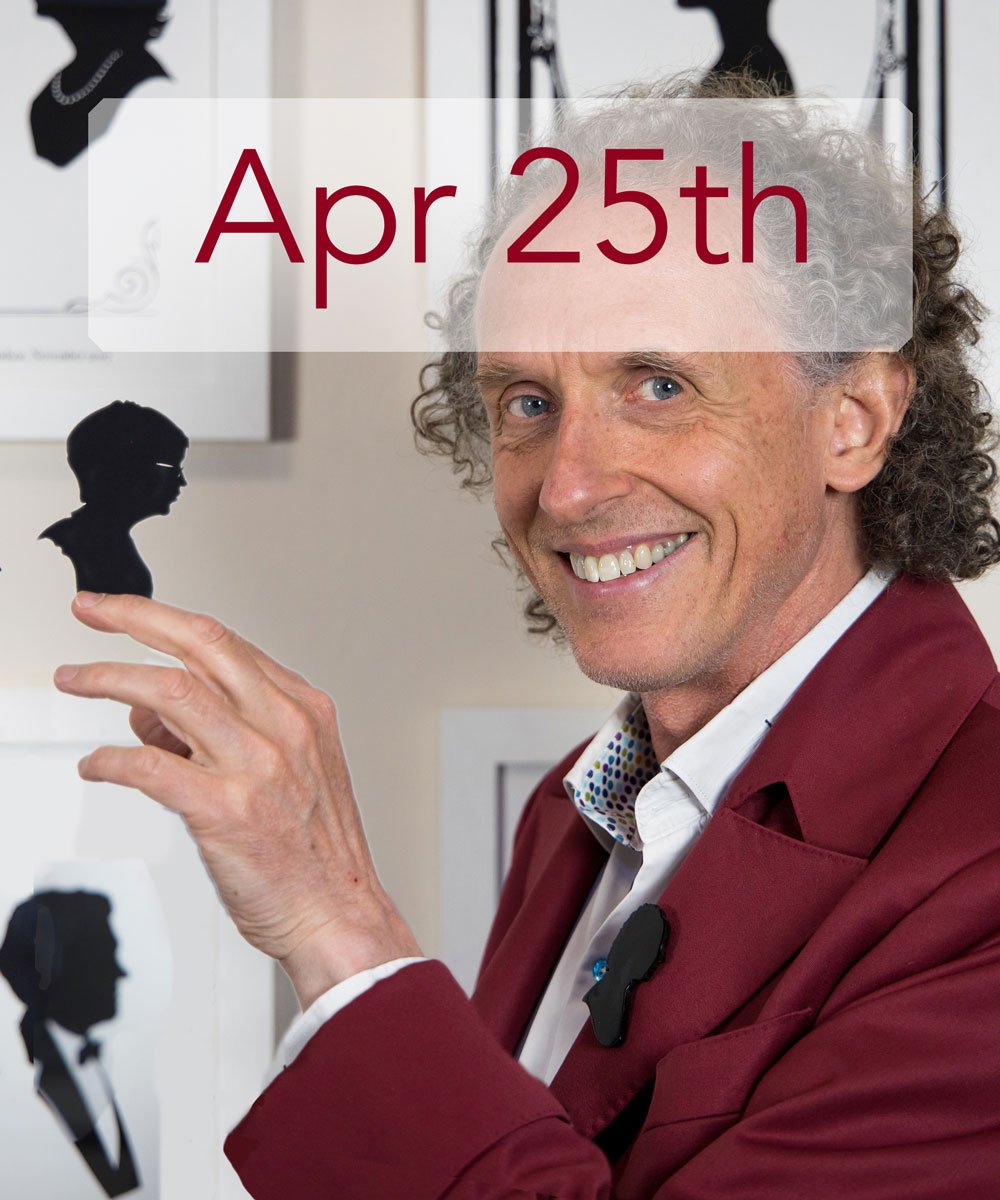 How many sittings do I need?

We welcome visitors from around the world. This studio day will be: Please check your local time zone.

Choose your first sitting, add ticket to basket, then add more sittings as needed. Quantity discounts will be applied at checkout. 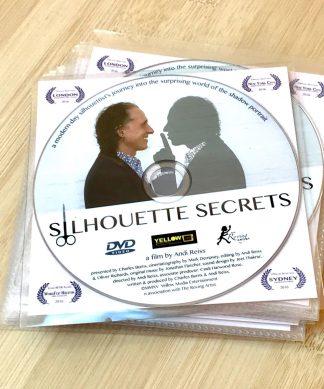